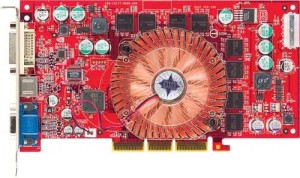 While in Greece to spend holidays with my family I was able to get my hands on some interesting piece of hardware to bring back in Italy for Electron: a 128MB module of SDR RAM to fill up the last motherboard slot and *two* different graphic cards (my old 5900XT and a 6200)! 🙂
Actually all this was possible thanks to Easter gifts! 😉
My uncle installed a 512MB module of DDR RAM inside his old PC, while both me and a friend of mine changed our old cards with the good and cheap Gigabyte GV-N76G256D-RH, a GeForce 7600GS equipped card with 256MB of DDR2 memory. 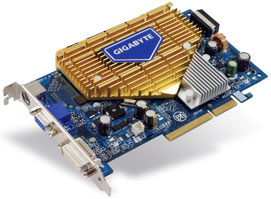 It is a completely silent card which delivers sufficient performance at a great price, it is capable of running Shader Model 3.0 vertex and fragment programs, supports OpenGL 2.1 and all the G70 Extensions, moreover it features a lm_sensors compatible thermal sensor on the GPU core. 🙂

The low resolution at which most of the test were run could have made the results a bit too cpu limited, some other games I’ve tested seem to confirm this theory, however that the card shows its strength and I’m satisfied with it.
I hope you also get nice Easter gifts and I wish you a merry Easter! 😉 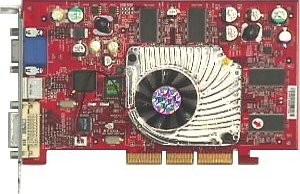